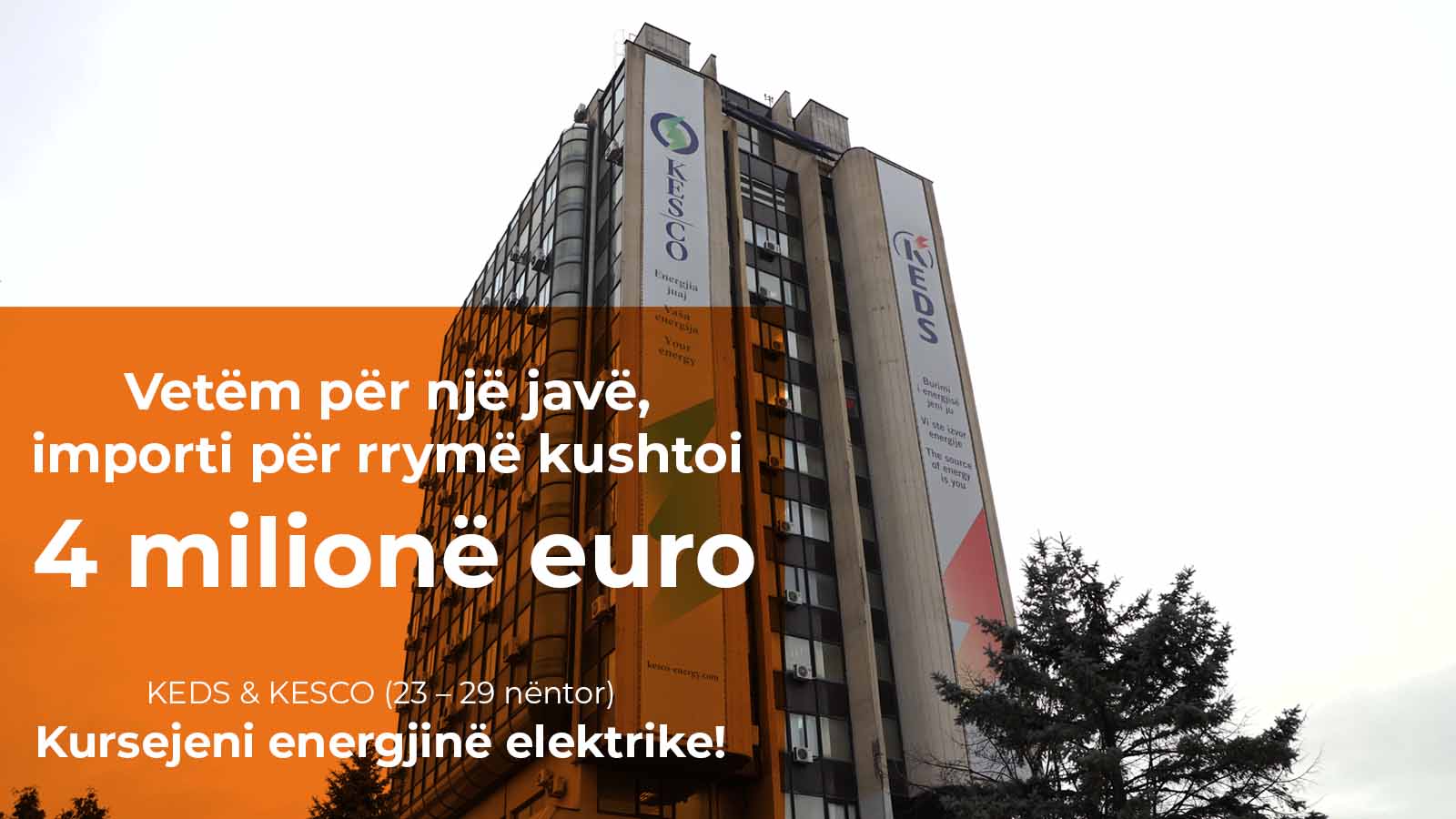 Only in the last week of November, KEDS/KSCO imported 4 million euros of electricity. How much the prices have increased is shown by the fact that if we compare with the entire month of November 2020, the import of electricity was 2.3 million. So, this year the import of one week is costing 4 million and 2 years ago it cost around 500 thousand euros a week or 8 times less.

Such figures increase the unpredictability and deepen the emergency situation in which the electrical energy system of Kosovo has been for more than a year now, a crisis imported from abroad, which has hit Europe the worst.

The only solution in these circumstances remains to save electricity as much as possible so that the effects of the import are felt as little as possible. Kosovo produces up to 800 MW/h, while at the end of November the demand has continuously reached over 1000 MW/h. So, from now on, we need a lot of imports to cover the gap between production and consumption.

KEDS/KESCO is continuously committed to informing consumers, through campaigns and meetings with different actors, how they can save, including household consumers, schools, shopping centers, industry, small shops, gastronomy, and various institutions.

However, the effects should be higher since, apart from the price increase in the international stock markets, consumption in the last week of November has increased compared to the same period last year.

So, despite countless savings campaigns and subsidies from the government to stimulate saving, in the last week, when the weather cooled down, it was seen that there is not a decrease, but an increase in consumption compared to the end of November 2021. The increase may also be greater with the further decrease in temperatures since a significant part of the citizens has chosen heating with electricity as an alternative. This is happening, despite the fact that it is known that electric heating is one of the biggest challenges.

However, despite the many difficulties and constant obstacles we have along the way, we are trying to do our best, even though our finances are being depleted by the trend of increasing import prices in the intercommunal stock markets.