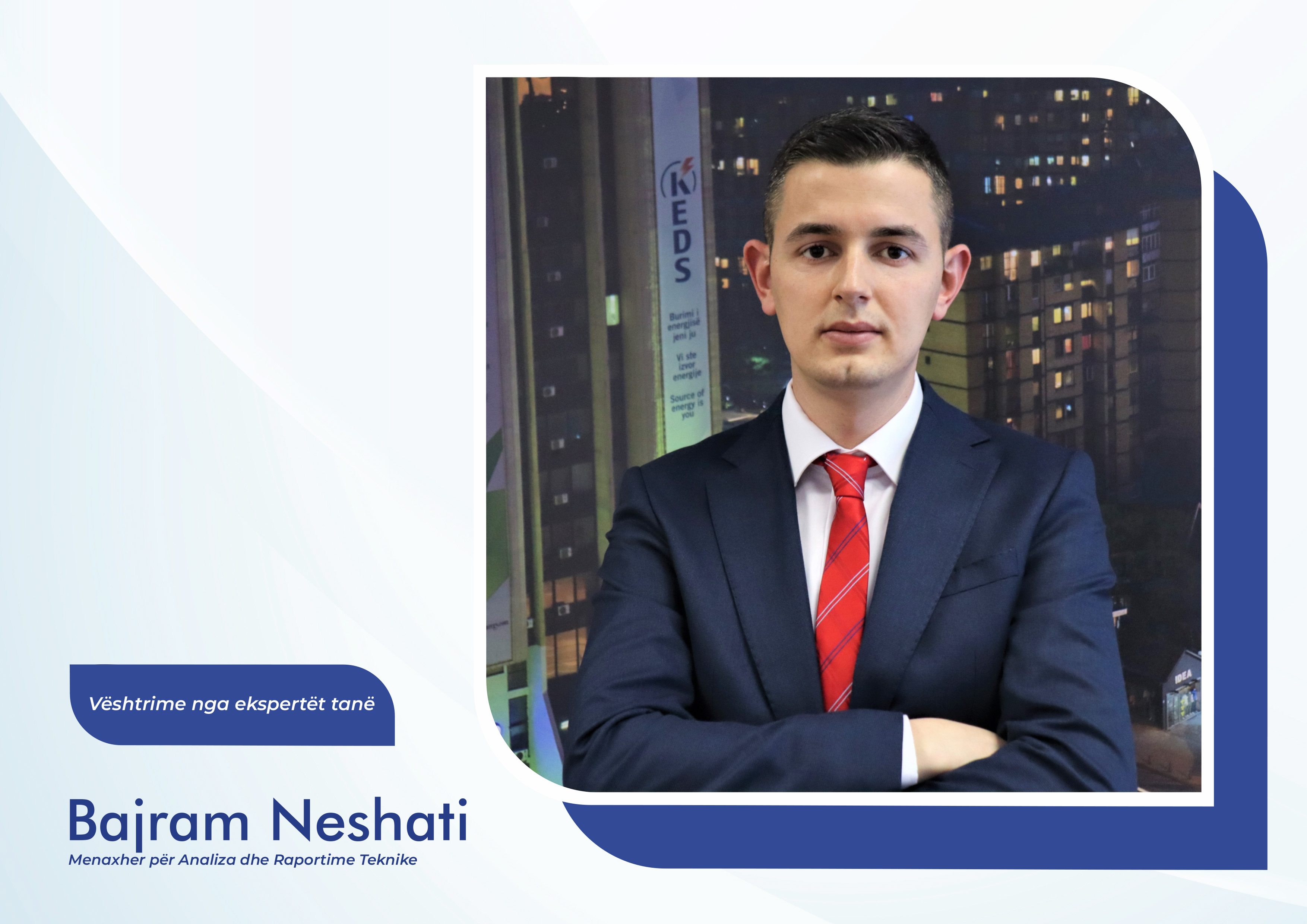 Updates in the country's energy sector

Explanatory information about some of the latest updates in the energy sector, at a time when the country is facing the international energy crisis.

While the prices of products such as flour, bread, oil, fuel, and many others are determined according to the principles and rules of free market and competition, which means that traders are the ones who determine them, on the other hand, electricity prices for consumers connected at the distribution voltage levels, are currently determined by the state energy regulatory.

Since the retail prices of electricity, which are supplied to consumers connected to the distribution voltage levels, cannot be determined by the suppliers themselves, and cannot be changed instantly by the regulator, situations may arise in certain cases where the revenues of the system operators and those of market, cannot even cover their expenses.

For a practical illustration:

- The cost with which the supplier KESCO has brought this electricity up to the electricity meter of DSO, has a net value of at least €127.36!

- So, in the aforementioned period, the electricity that the supplier KESCO has brought up to the meter in this apartment, has cost the latter at least 45% more than the amount with which it billed it, for the same consumer. Therefore, this is a typical example of the understanding of the energy crisis that has recently gripped Europe and other countries, as well as its reflection on our country.

The increase in the price of electricity that was applied in February for household consumers who pass a certain amount of monthly consumption (over 800 kWh), after an extraordinary tariff review (including the subsidy promised by the state for the system),  aimed at covering the reasonable cost of operators as well as stimulating the most rational consumption of electricity.

Since the end of the summer of last year, the price of electricity in the European energy markets has started to have an unexpected and unplanned rise, reaching unpredictable record values. The prices on these markets, which are translated as import prices for our country, have risen by several hundred percent, compared to the pre-energy crisis period.

Unfortunately, the same trend is continuing now, with a potential tendency for a bigger increase in the approaching winter.

(The analysis of the factors that have influenced this increase is not addressed in this explanatory article. It can be addressed in a subsequent article if it is considered relevant).

The reason for mentioning the price of electricity imports in the previous section is closely related to the country's dependence on electricity imports, and this is most noted in the cold months of the year when the demand for energy is the highest.

2021 was characteristic because, in addition to the increase in electricity import prices, there was also a drastic increase in consumption in Kosovo, and this does not put us in doubt that it was because the preliminary electricity prices "subsidized" heating through electricity and consumers were constantly switching from heating with other alternatives to heating with electricity.

This has caused the maximum load in the Kosovo Transmission System, in December 2021, to have reached the highest peak ever recorded with 1,398 MW.

It should be taken into consideration that the maximum simultaneous production capacity of all functional units of power plant KOSOVA A and power plant KOSOVA B, cannot exceed 915 MW. Although such a scenario for all the units to work simultaneously for a long time is almost impossible, taking into account their age and the necessary repairs.

It should be noted that, in general, Kosovo is an electricity net importer country. This is because during the summer the electricity consumption is low since Kosovo has no summer tourism potential that would spend electricity for air conditioning and other reasons, while during the winter the consumption is extremely high, which is mainly carried out by households (but also businesses) for heating, this also presents a problem in the flexibility of the system itself. The consumption of electricity must always be balanced with its production so that the system is flexible and works.

In our country, mainly during the winter, in case of failure of one or several of the existing power plants, the demand for import of large amounts of electricity becomes immediate, and in these cases, import prices are extremely high, especially during the energy crisis we are going through. Even if all plants are operating, during the peak in winter, the import of electricity is unavoidable in the existing situation. The cost of this import at the time of the energy crisis is beyond any previous prediction.

The figure below shows the maximums and minimums monthly loads as well as the average monthly consumption during 2021 in Kosovo. The load has changed from 310 MW (min) in May to 1,398 MW (max) in December, with a maximum/minimum ratio increase of 351%!

In the case of reporting the amount of electricity imported or respectively exported from the country, it is always important to speak in financial terms. This is due to the fact that a quantity of surplus energy during the summer (for example, the basic unit of 1 MWh) can be exported at a certain price (depending on the market) and that the same unit can be imported during the winter when the demand for energy is higher, with 10 times higher price or even more.

Therefore, the financial balance of the export/import ratio of a country is always necessary alongside that of energy, in case of presenting such statistics.

Among the immediate measures that should be taken by household consumers can be mentioned:

While some of the long-term measures include:

• Insulation of residential buildings, with all the elements that insulation includes.

• Replacement of non-efficient household appliances with efficient ones.

(These measures do not include the measures that must be taken by relevant institutions and relevant actors, nor those by non-household consumers)

The author is an active member of international working groups that aim to design energy policies, focused on the part of Electricity Distribution System Operators, such as the energy community in Vienna and other institutions.