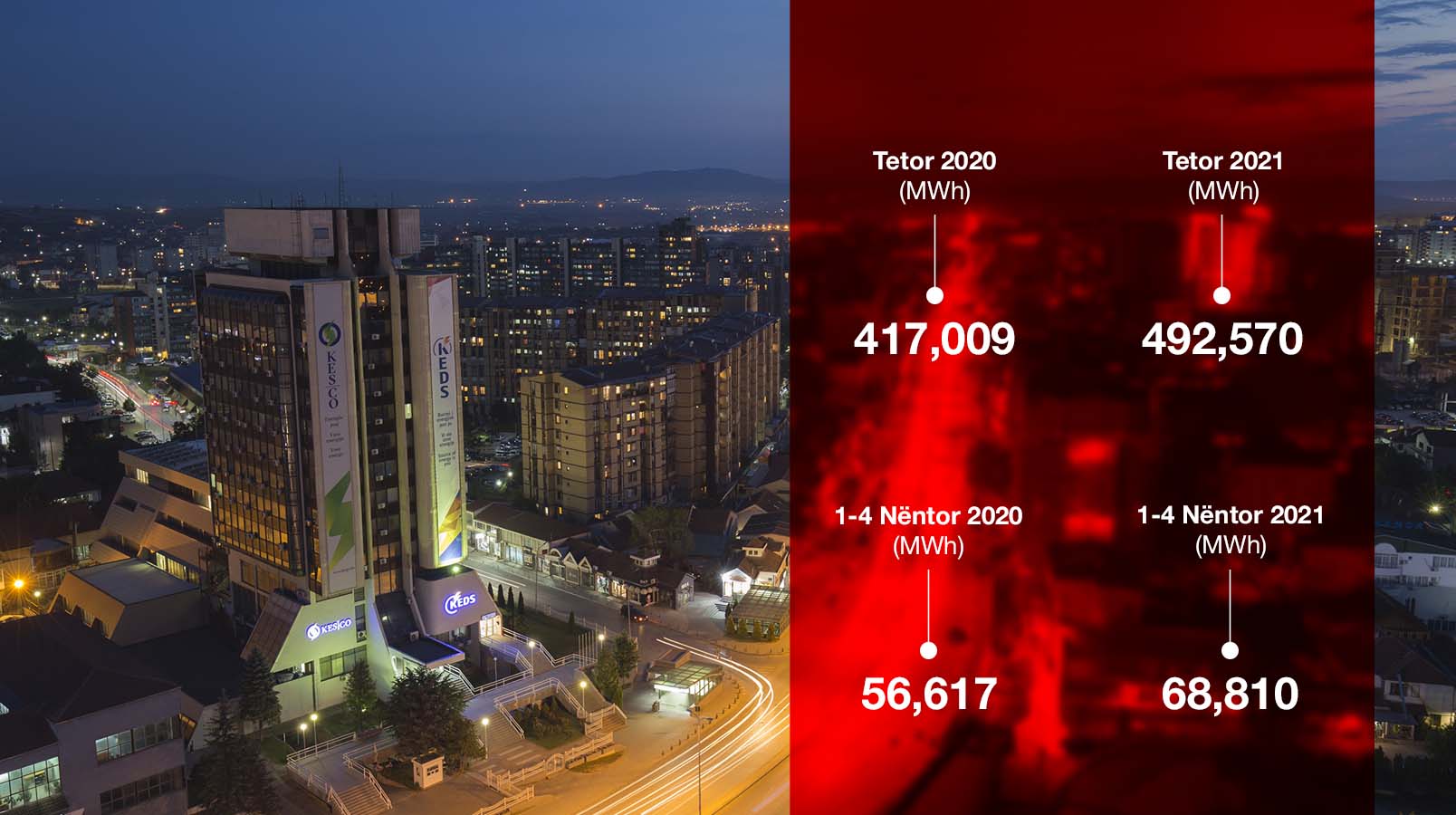 Due to the increase in consumption, KEDS and KESCO were forced to import 37,753 megawatt hours of electricity during month October. The trend of increasing consumption has continued also during November, as well as purchases at high prices, even above those of October.

The drop in temperatures is expected to further increase consumption, and consequently the need for additional imports, as domestic production is limited. Thus, it is estimated to have astronomical and unaffordable costs not only for KEDS and KESCO but for all citizens of Kosovo.

Therefore, maximum savings and the use of alternative forms of heating, is necessary throughout the country.