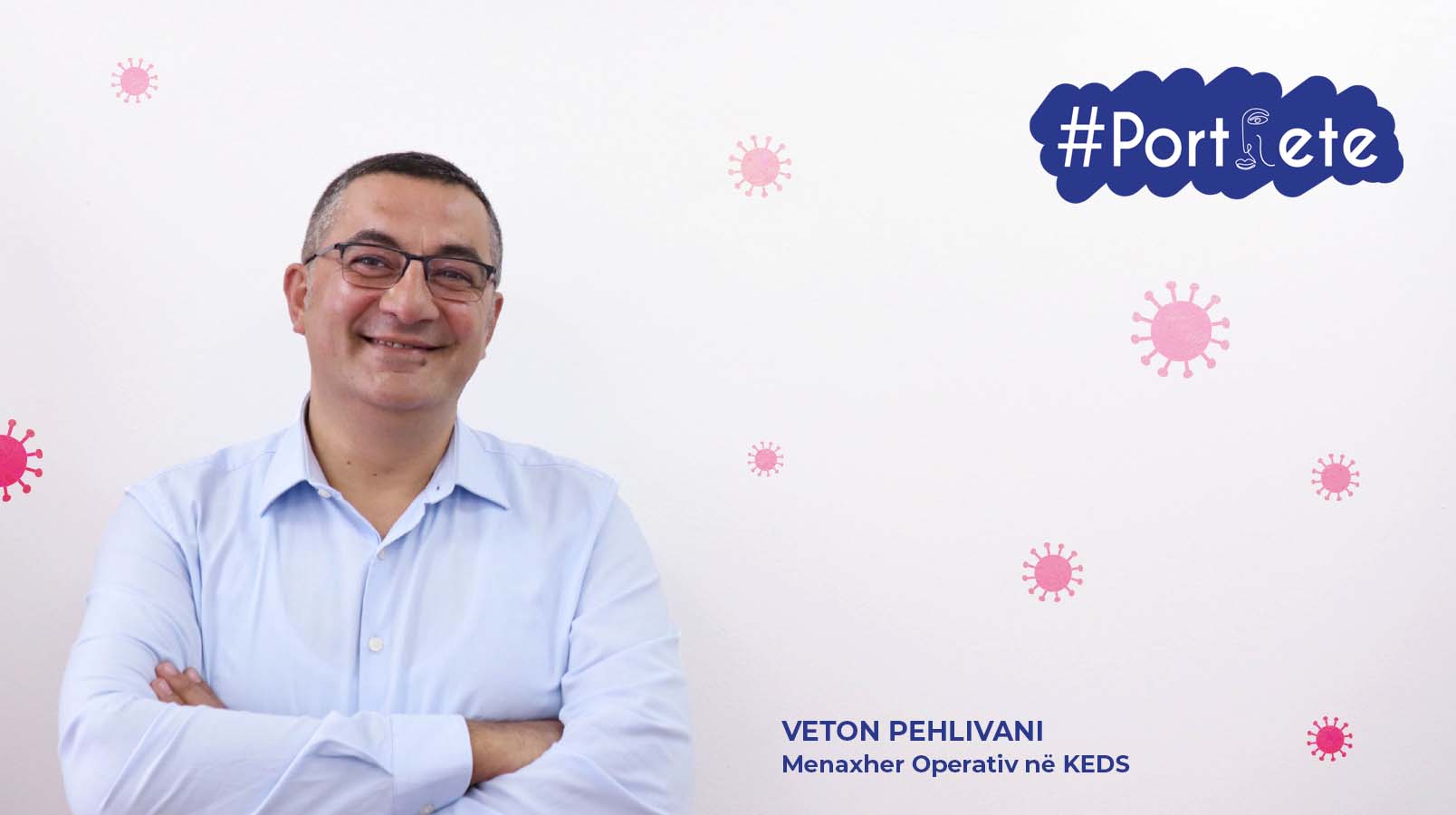 From the active role in undertaking preventive measures before the pandemic and the continuous work during the pandemic, the days spent in the hospital during the fight against Covid 19 and the period after. Veton Pehlivani, Operations Manager at KEDS describes the 18-month journey in three acts.

Everyone has their own story about the Covid 19. Also Veton Pehlivani, Manager in the Operations Division at KEDS has his own. He tells the entry into the difficult period during the beginning of last year by an unknown virus that was challanging the entire globe.

"While the pandemic was spreading, I was very worried about my family. But, the big concern was also the fact that the workers I have under management had to go out on the field. In those situations, when the whole world was confused and did not know how to act, the worries only grew. What will happen, how to do the best for our workers", Veton recalls that period.

It was March 2020 when the pandemic was getting close to Kosovo. A few days before the first case was announced, KEDS set up the Pandemic Crisis Management Commission. Veton was part of it. “We took all measures based on the recommendations of the NIPH (National Institute of Public Health) and the Government of Kosovo.

"Fortunately, in the first months we did not have a single infection," he said. Veton was on the field with the workers every day. "It was a period with many unknowns. I had to be close to the workers and so I did. I could not do otherwise. "The pandemic was on the rise. Unfortunately it affected a large part of the population in the first two waves.

Thousands were being infected every day, while Veton was on duty every day, doing his best to make the pandemic affect the company as little as possible. It was the last wave, February of this year, when Veton began to have fatigue."At first I thought I had it because I was tired, because I did not have any flu symptoms. The body aches started to get worse, and with them the fatigue. I went to do the test and it came out positive.

"It certainly wasn't a good feeling at all," says Vetoni. The virus was not bothering him so much and he thought he would get over it without any problem. But it did not turn out that way. "The pain got worse, I went to the Institute. "They recommended me to be hospitalized urgently, in Infectious Diseases Clinic", Vetoni says, as his condition had started to worsen.

He was hospitalised for 6 days in intensive therapy. "I am 50 years old, but I have never been hospitalized before. Those were the 6 longest and hardest days of my life. I was very worried about the family, as everyone was infected, even though they had no serious signs, while they were even more worried for me. Thankfully, thanks to the therapy and the great care of the staff, after one week I improved significantly and I was released from the hospital." Vetoni then received therapy for another week at home, where he recovered completely. After two weeks he returned to work.

"When I returned, I went out on the field again with the workers. I wanted to be with them. They were very happy when they saw me on my feet," he said. Upon his return, Veton continued to give his unstinting contribution to the company and his colleagues. He was vaccinated in early August.

"I got the vaccine to give a message to everyone. It protects the lives of you, your family and your colleagues. Vaccinate to save lives, to be freer," is his message. Veton continues to normality with his duties at work, with added care for himself and colleagues in pandemic conditions."